When I first heard about “Taniel”, I wanted to be a part of the production. Taniel Varoujan is one of my favourite poets and he still has an important place in Armenian culture.

When you get his art and the way he uses his pen to create a surreal world, it’s mesmerising. Therefore it was very exciting for me to be a part of this project.

I got a message from my friend Lara saying that there is a short film called “Taniel” being made by British Director Garo Berberian and they were looking for an actor who was a native Western Armenian speaker to be his voice. After a few months of Skype calls and test recordings I was shortlisted and got the role.

We initially agreed on doing the recording in a studio in London, but my visa application was rejected, my proficiency as an actor was not good enough to get a visa to visit England according to the British Embassy. Garo told me there is nothing to worry about and we can do the recording in Istanbul, and in the next couple of days he came to Istanbul with dear Tatevik, the film’s Poetry Producer and Armen Saruhanyan, an Armenian language consultant. 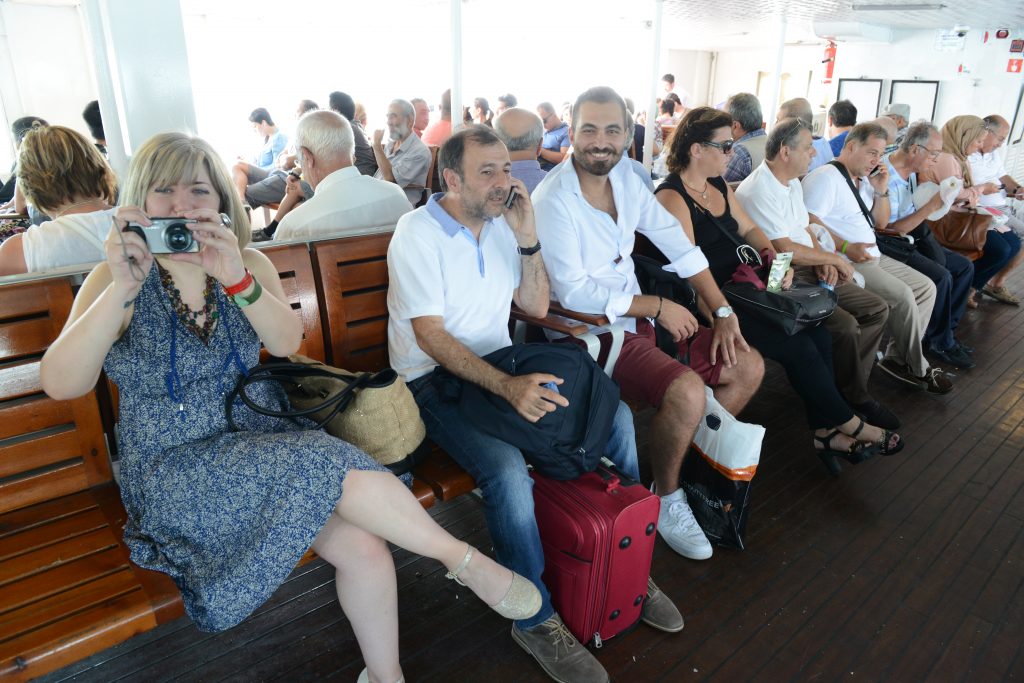 On the boat to Kinaliada Island 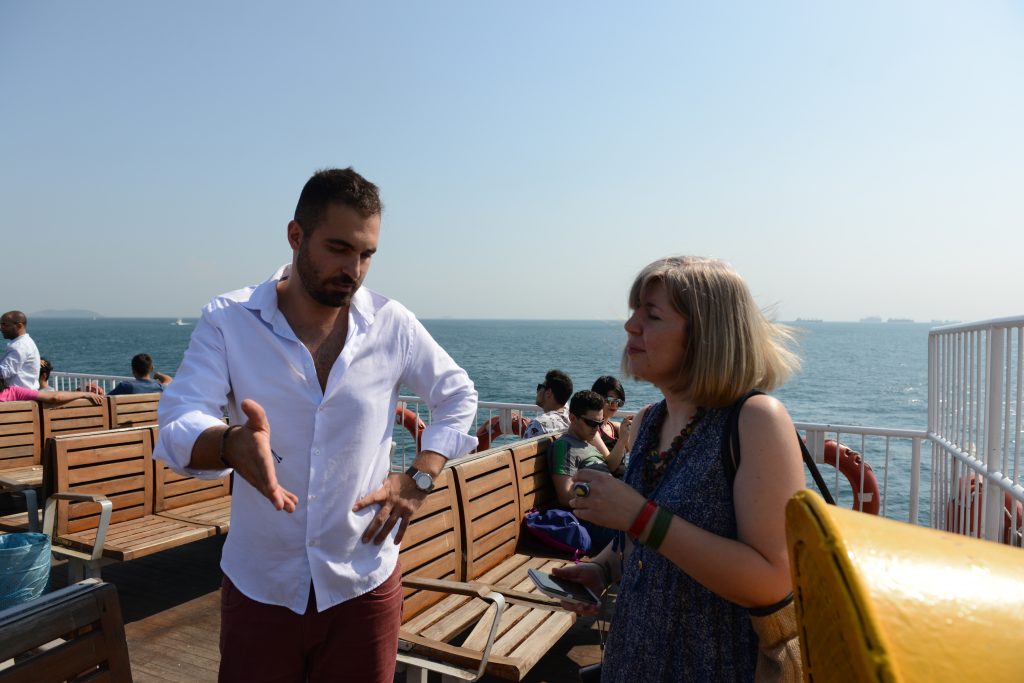 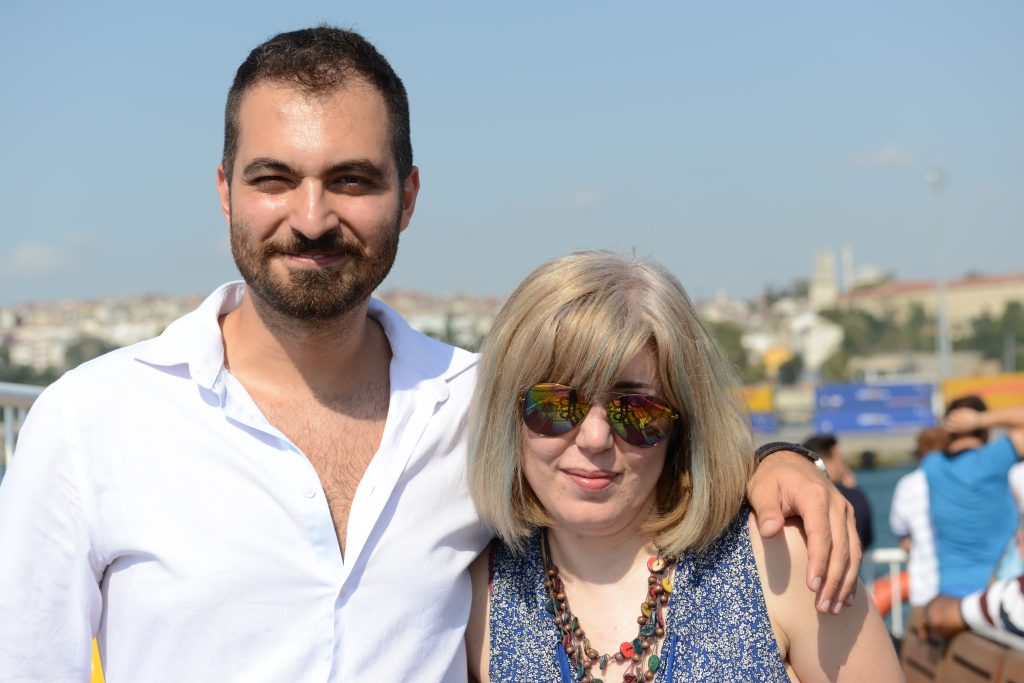 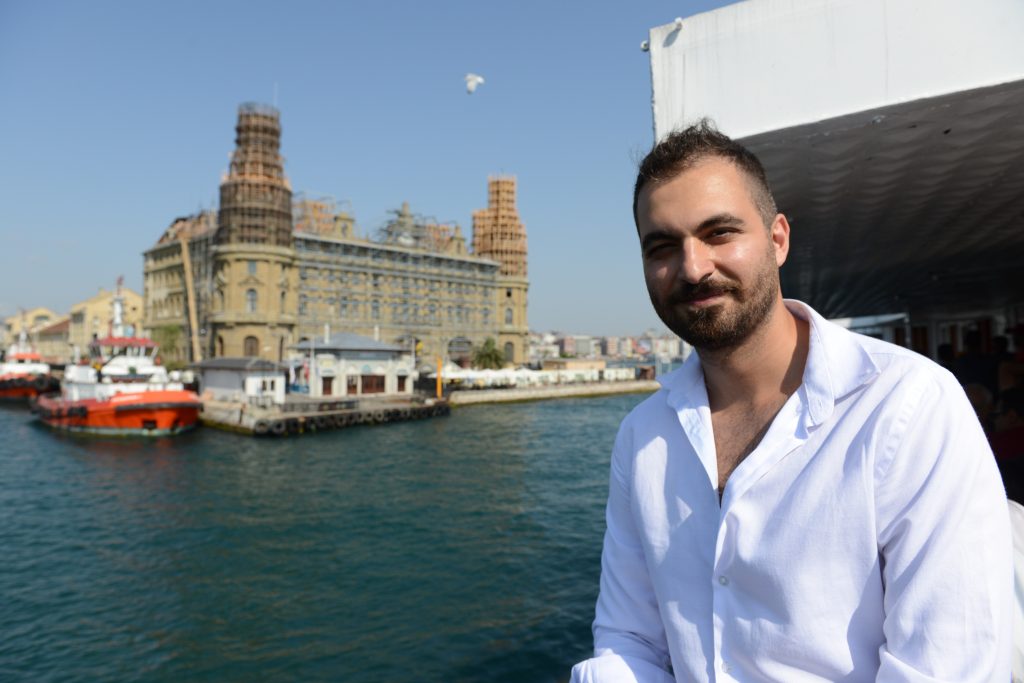 Sometimes things are meant to happen and actually it was perfect for us to record the poetry where Taniel lived and wrote much of his work. To walk thorough the streets he would have trod and traveling through Haydarpasa train station, where he took his last mournful trip made us feel very sad and emotional, something impossible to fully describe.

Taniel must have sensed the dark future of his own people, influencing his style and  subjects. He yearns for the peace and liberty in his poem Andastan, Varoujan says ‘Let sweat, not blood fall in the broad vein of the furrow’. This sums up his pacifist vision of the world, peace and prosperity for the Armenian people and villagers, his concern for their fears and his hopes for their dreams. I think this is the most valuable part of his craft.

On the dark night of April 24 1915, the bright faces of Armenian society were marched  onto a train that lead them to their end. Taniel’s many dark themes that he wrights about in his poetry are prophetic for his eventual reality of being murdered. On 26th of August the day he was executed in a desolated forest, his son Haigag was born on the very same day. Taniel faced death with the sacredness of life. This surreal aspect of his passing could have been written by the man himself.

Whilst we all sat on Armen’s balcony looking at the view from Kinaliada Island, a place where Taniel would have regularly visited,  we were conscious of our great responsibility in making a short film of such a talented man and by recording of his poems, in the city that he lived, on the land where he was born we hoped to regain life in the beauty of his work.

It is a sincere source of happiness for me to be a part of this project. With deep respect for his memory.. 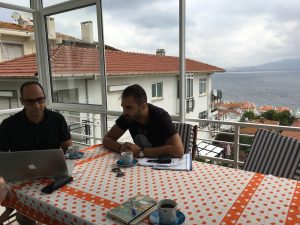 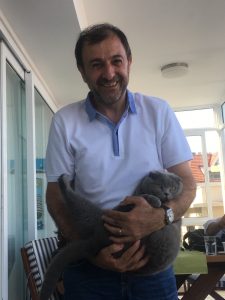 Armen with our new friend Tess 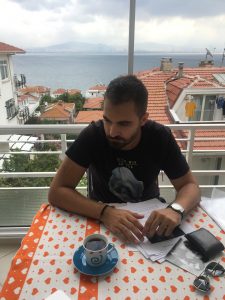