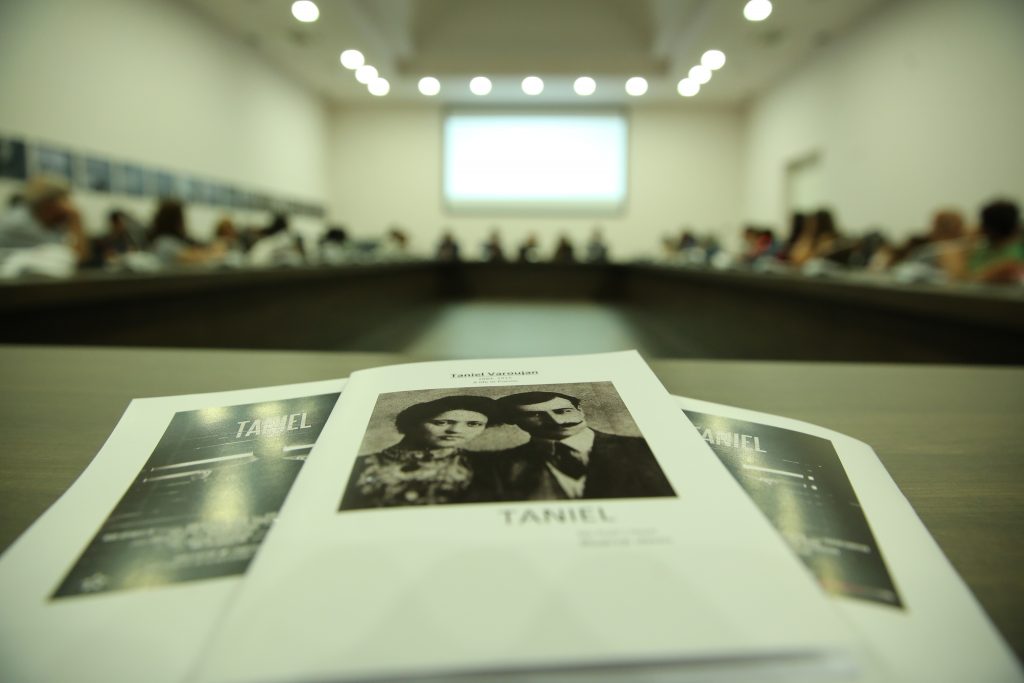 Screening of “Taniel” movie took place on 17 July, at 13:00 at the conference hall of the Armenian Genocide Museum-Institute. Narine Margarian, the Acting Director of the AGMI welcomed the guests and presented Taniel Varoujan’s biography.

“Taniel” is a film noir, in Western Armenian and English languages. It describes the story of the arrest and murder of the Western Armenian poet Varoujan in 1915. The film is beautifully narrated with Varoujan’s poetry. The screening was attended by the creative team, headed by British-Armenian director Garo Berberian.

The movie director thanked the Armenian Genocide Museum-Institute for hospitality and support. The screening of the movie was followed by the question and answer session, and then the audience had the opportunity to listen more of Varoujan’s poetry and learn more about his life.

Actors Tigran Gaboyan and Yegya Akgun presented the story of Varoujan’s life with his poems and letters. The AGMI prepared a temporary exhibition dedicated to Taniel Varujan’s life and work.