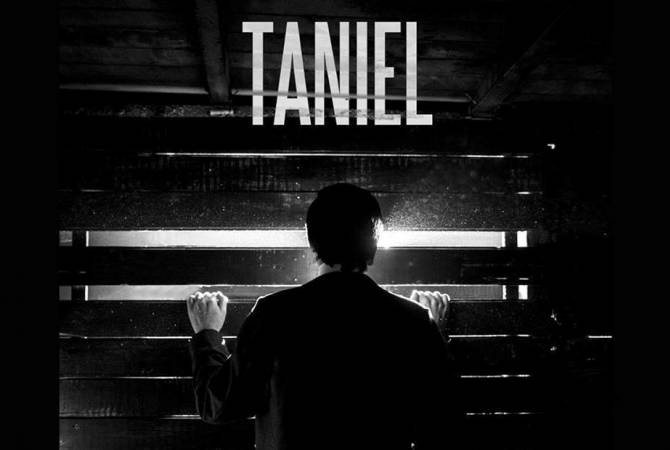 Armenpress conducted an interview with Garo Berberian after Taniel won two awards at Bermuda International Film Festival in March. Here is the English version of the article, you can find the Armenian version here.

“My grandparents suffered terribly in the Armenian Genocide and I always wanted to make a film about the this sad part of our family’s history but it’s really difficult to deal with such an emotional subject and I felt the only way was to approach it with another human story, the story of an individual lost under the shadow of a calamity, the story of poet Taniel Varoujan”.

The director also explained that “Taniel” is in the style of film noir, arthouse, with a poetry narrative in both Armenian and English. Several years after starting my first page of the script we received our first awards in Bermuda International Film Festival, it was a really wonderful experience, the jury and audience were so supportive and complimentary about the film, it was a fantastic experience”.

Garo Berberian said that Varoujan was a great poet, full of compassion, a kind man and a loved school teacher. His humanist works are full of love for people, nature and beauty especially his adoration of women. “Taniel Varoujan embodies the whole Armenian nation, what happened to him, happened also to over a million other people: arrest, destruction of property, trauma and death. Varoujan wasn’t political, he wasn’t a threat to anyone especially not the Ottoman Empire, but still became a victim of those tragic events”.

The film also talks about his love for his wife Araksi, who on the day Varoujan was murdered gave birth to his son Haigag. Garo Berberian highlights that “these moments are reflected in the film, as the family was the most important part of his life, and with death also comes life”.

Regarding the production, Garo Berberian said that it wasn’t possible to film in Istanbul, Varoujan’s Constantinople, where he lived and worked and that’s why most of the film was shot in Gyumri in Armenia. “Initially I was thinking to shoot in Bolis (Constantinople) as I wanted to be as true to the story as possible, I met an experienced Turkish producer, a wonderful man called Ali who even lived in a old Armenian house, he invited me in, saying ‘welcome to your home’. He liked the film’s script but said that it would be very difficult to shoot about a subject of someone like Varoujan in the political climate of Turkey”.

Several months later, still determined to make the film, Garo met producer Nare Ter-Gabrielyan who gave him the idea to shoot in Armenia and recommended the town of Gyumri. The beautiful architecture of the city had perfect locations for the different scenes as well as a very talented cast performing at the Gyumri Dramatic Theatre. Notable actors in the production are Tigran Gaboyan as Varoujan, Samvel Grigoryan as Bedri Bey, the chief of police and young rising film star from Yerevan Vahagn Martirosyan, who plays one of the prisoners.

“Everyone was an amazing artist, true talented professionals, people with big hearts, and I loved the place, feeling really at home in Gyumri where we filmed for 5 days, and the remaining pick up shots and titles were shot in Portsmouth, England”, he said.

“We needed Taniel’s voice to be authentic but it was not an easy task, after the trauma of Genocide, Western Armenian had become an endangered language and we ended up looking for Varoujan’s voice for over 4 months and it was sad to realise that there are very few actors who can read whilst acting in Western Armenian, thankfully we found actor Yeğya Akgün from Istanbul. Yegya’s voice and Tigran’s acting needed to be really harmonic, and it’s a massive credit to their skills that their personalities became one”.

Because I am a British director it was important for me to have an English voice in the film and writer Ben Hodgson was given the difficult task to create a narrative in poetry telling the story of “Taniel”. We were honoured to have his words brought to life by Hollywood actor Sean Bean of “Lord of the Rings” and “Game of Thrones” fame.

The film has just started the process of entering the festival circuit. Garo Berberian is planning to present the film at various festivals, and is also hoping to screen it in Armenia too.