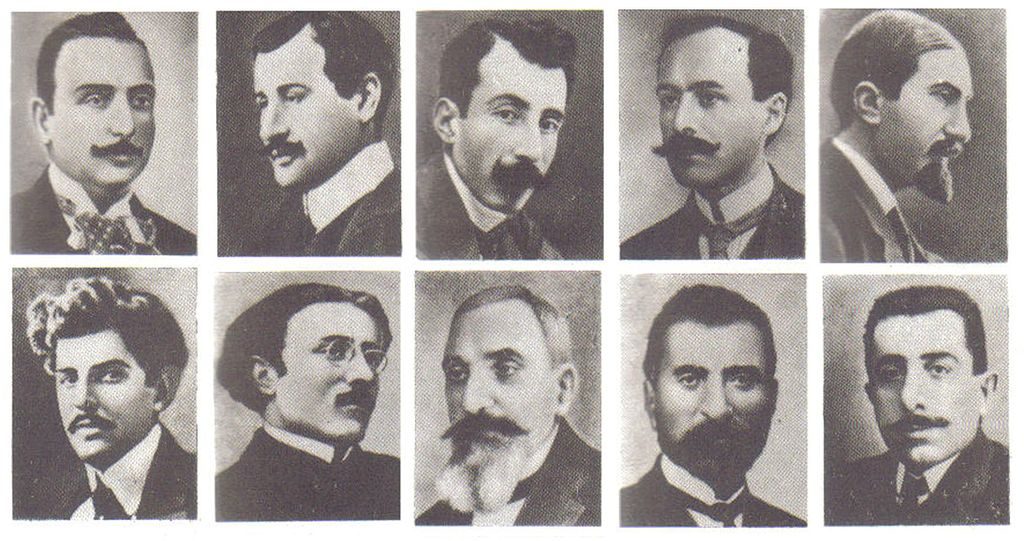 April 24th 1915, Taniel Varoujan, a magnificent poet, aged 31, was arrested at his home in Constantinople, never to return.

Varoujan was one of hundreds Armenian intellectuals arrested that night which was the start of the calamity which became the Armenian Genocide. The Turkish government-sponsored denialist policy still claims that it wasn’t a centrally planned government action and the victims were terrorists, war casualties or died of famine.

Clarity about the truth is very simple: A man, a poet, a non-political pacifist was arrested on the orders of Talaat Pasha, incarcerated and murdered by his own government without trial or reason. Varoujan wrote about love, beauty and humanity. His only crime was being Armenian.

Varoujan’s story is one of over a million stories of different people with different lives, loves, personalities and human characteristics have been erased and their stories lost in the enormity of this heinous act.

Today we want to celebrate the great man and his genius with this prophetic poem, written in 1906 at the age of 22 about the Armenian people and their land.

Here in a plate on my desk is a gift,
a handful of soil, from the fields of my fatherland.
The giver thought he gave his heart and did not know he gave the heart of his forebears.
I look at the soil, sometimes for hours.
My pupils dilated, silent and sad, focus as if my stare could pull and release roots from the fertile earth.
I think that perhaps this rust red colour does not come from chemical laws of nature.
But being a sponge of wounds, this soil has drunk too from life, from sun,
and as a defenseless element has turned red,
being Armenian soil…