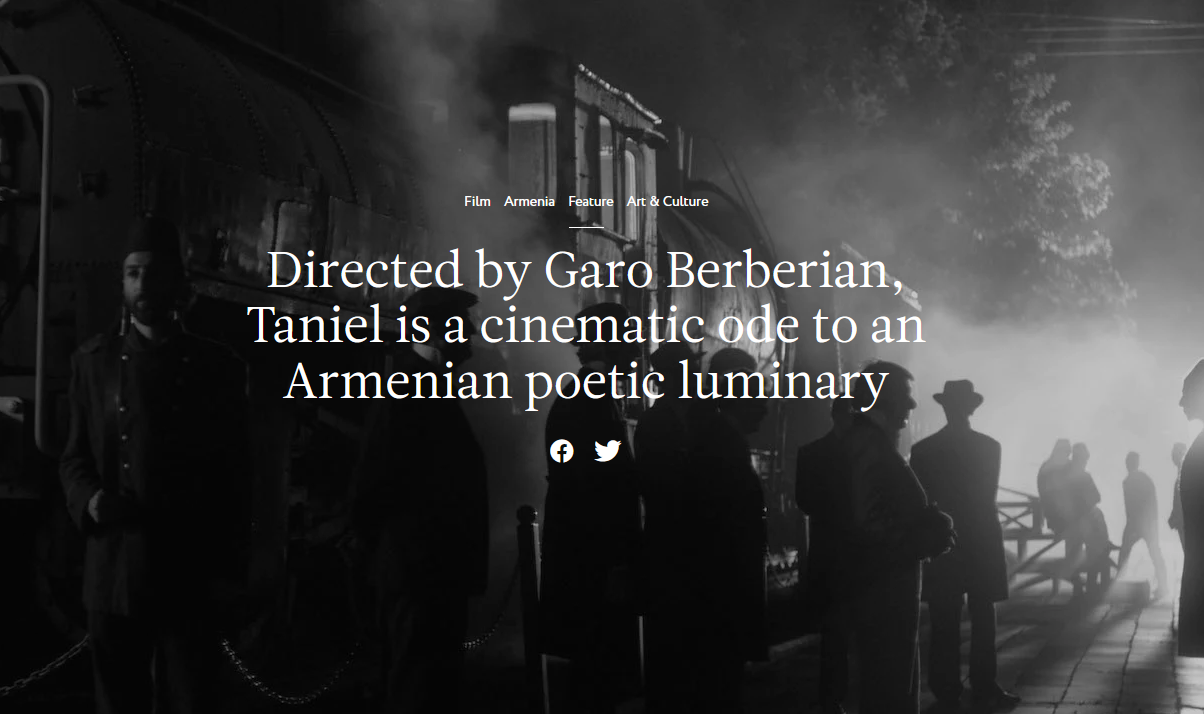 Taniel screened at the Calvert Journal’s Film Festival – an exciting online magazine and film festival that we love. And it was a wonderful surprise to see the review of the film in the magazine by Eve Barden:

Far from a traditional documentary, Taniel is a visual poem within a poem, set against an intriguing, unique soundscape — unequivocally, the film’s beating heart. The magnificent musical arrangement comprises pieces by such legendary composers as Philip Glass and Michael Nyman, the latter known for his brilliant film scores including the multi-platinum soundtrack for Jane Campion’s The Piano (1993). Most significantly the film features music by the Armenian native Tigran Hamasyan, a prolific and influential jazz pianist fusing the Armenian folk tradition and sacred choral music with its ethereally labyrinthine scales and complex musical timestamps.

Read the rest of the review here.