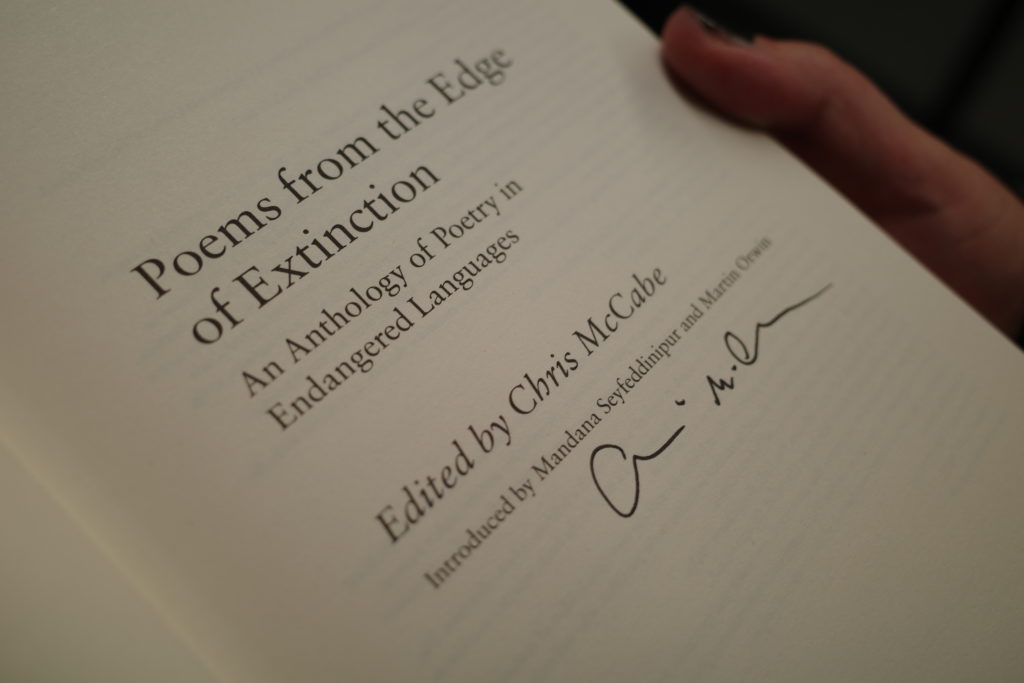 I was driving, when the National Poetry Librarian Chris McCabe called me.

‘Tatevik’, he said ‘any chance you have some time to talk about Taniel Varoujan’s poetry?’

‘How much time have you got?’, I said. (If you know me, you also know that I haven’t stopped talking about Varoujan since I got involved in Garo’ Berberian’s short arthouse film, ‘’Taniel’’)

Our conversation with Chris had started some time ago, when I saw the Poetry Library’s groundbreaking project – Endangered Poetry, which was going to collect poems in languages which are disappearing. As ‘Taniel’ is a film narrated in poetry and in a language which UNESCO classifies as definitely endangered, I thought it’s very relevant to the project. There was an immediate interest from their team, who put me in touch with the head of the library, a brilliant author himself, Chris McCabe. Chris was interested in screening the film for their audiences – and we have some very exciting news to announce about this soon – however the conversation soon moved to the anthology as well, which he was editing, collecting a bouquet of poems at the edge of extinction.

This is when he called me, wanting to learn more about Varoujan and his poems – he’d already heard the ones in the film, and the very dark, morbid and impressive Alms has caught his eye.

A perfect candidate for a book about dying languages, it’s about survival – a poet, whose ‘love has gone out with the flame of his fireplace’, poignantly offers his heart to feed the orphans. While the poem describes tragedy, destruction and loss, it’s also uses incredibly beautiful language and form.

We discussed the poem in detail – Varoujan’s vocabulary, his sheer force of bringing so much black, bloody emotion in one page; his story of witnessing the Hamidian massacres and prophesying his own death in the Armenian Genocide. These conversations between us became a basis for the introduction to the poem in the book, presented in both exquisite Armenian script and in Alice Stone Blackwell’s powerfu 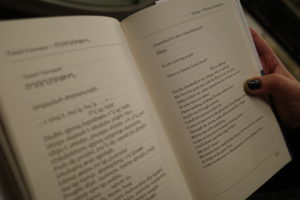 Chris loved the repetition of the words in the poem, writing later on in the anthology that ‘’… words multiply in the poem, giving a sense of movement and physical mutation. This suggests the urgency of starving people, whom, despite their lack of food, are rushing about in a drive for survival. Among them is the figure of the poet, who doesn’t not die from starvation but of his grief for the people who starve around him. The poem turns at the hinge of an incredibly powerful image: the poet offering to give his heart, from the grave, to the figure of the Hungry One’’.

Holding the physical book in my hand I was overcome by emotion of seeing my beloved poet’s words in his native Western Armenian in such an important publication, – and felt very proud as well. Proud as an Armenian, as Garo Berberian’s ‘’Taniel’’ became the reason for this connection with the library; but also proud as a British citizen too, seeing a British poet, a British library and a publishing house welcoming and celebrating the diversity of the languages and cultures.

While all the 50 poems, housed in the beautifully designed ‘Poems from the Edge of Extinction’ are very different, they are united in a painful theme – a vast majority of them are endangered because of wars, massacres, invasions and genocides, they are all being wiped out because of politics, greed and hunger for power.

So when we attended the launch of the book at the Southbank Centre as a part of London Literature Festival and Poetry International, it was very moving to see all these courageous poets on stage speaking freely about oppression and genocide, colonialism and mass graves. As one of them mentioned, poets speak up and make their voices heard as they speak for the voiceless. Chris McCabe’s anthology speaks in 50 languages for the voiceless, and we were very privileged to be in the audience for the launch of the book, hearing 6 very different languages read by poets who travelled to London from places like a Rohingya refugee camp or  New Mexico, home of the Sleepy Rock People clan. Hearing about the pain of Assyrian poet Nineb Lamassu’s memories of the same genocide that the Armenians suffered from, and the current genocide his people are suffering was another confirmation for us how sadly and painfully relevant ‘’Taniel’’ and books like the ‘’Poems from the Edge of Extinction’’ are.

We’re proud to be a part of this fantastic undertaking, we hope people will appreciate the immense work that went into collecting, editing and publishing all these poems – and soon we’ll be announcing some very special news about our film’s connection to the Endangered Poetry project. 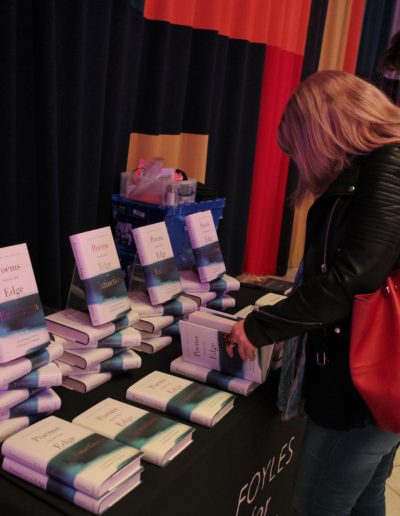 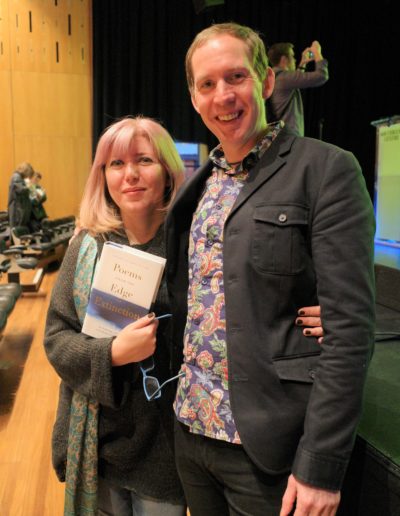 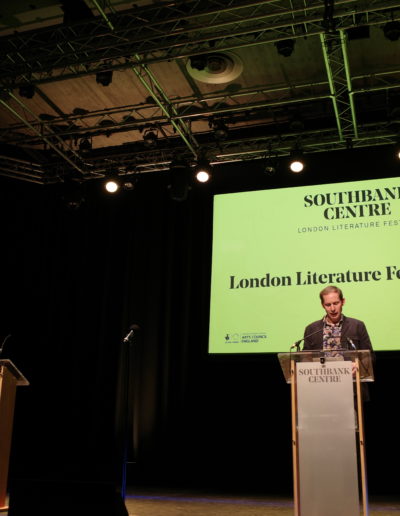 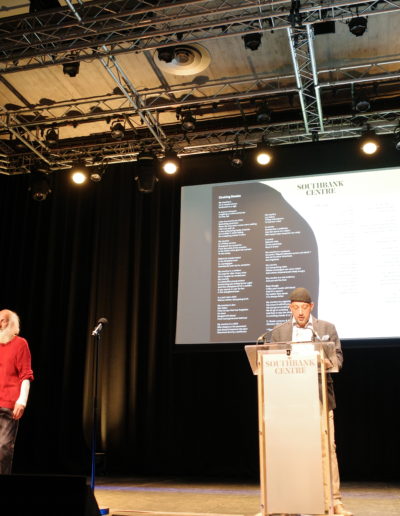 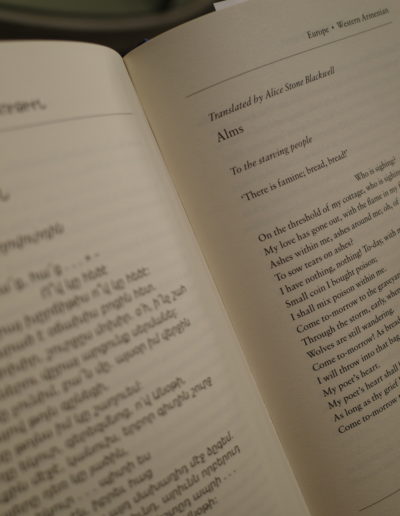 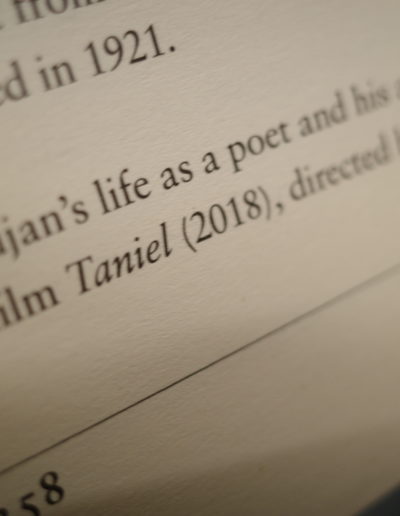 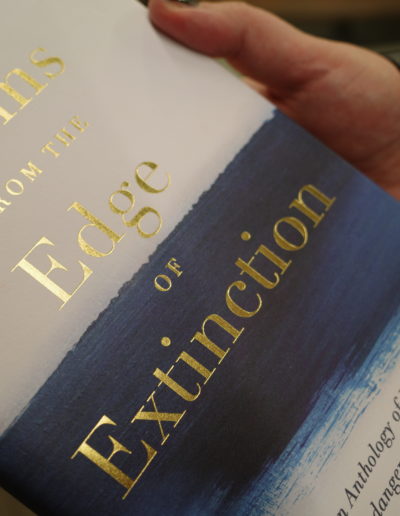 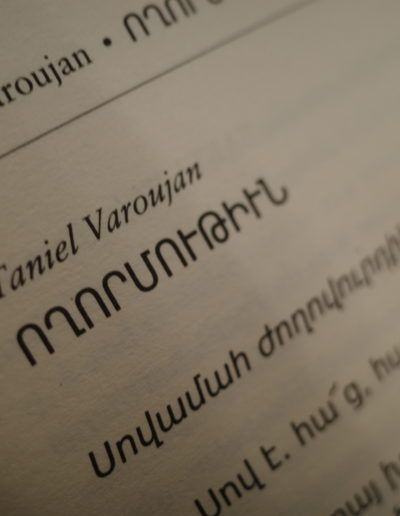